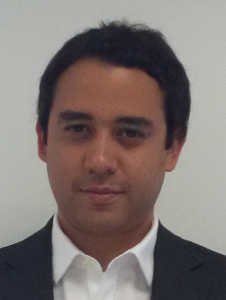 Alberto Cardenas, who holds the Chartered Market Technician (CMT) designation, is currently the Director of the Venezuelan Center for Financial Investment Studies, or the Centro de Estudios en Inversión Financiera (CEIF). He holds a degree in Business Administration from Universidad de Carabobo, and is a regulated Investment Advisor in Venezuela.

Alberto began his career in the financial markets as Technical Analyst for a renowned broker in Switzerland, and later became Senior Currency Trader for other regulated brokerage houses in the Latin American region. Between 2008 and 2012, he was Chief Strategist for a boutique Investment Bank with a focus on Emerging Markets, where he developed fundamental and technical tools to calibrate investment decisions for both clients and company books.

He is regularly interviewed by financial media, including Bloomberg and Reuters, to discuss Latin America debt market prospects and correlations with commodity prices. Alberto has taught undergraduate and graduate classes in prestigious educational institutions in Venezuela.  Alberto is a founding Chair of the CMT Association México Chapter.

He is passionate about waves and the sea, and blogs at acardenasfx.com.