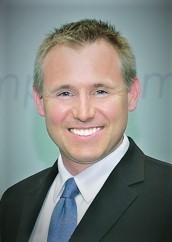 Bill Kelleher is the Deputy Chief Investment Officer and the Chief Operating Officer for ETFConcepts. The Connecticut-headquartered firm manages a systematic hedge fund utilizing proprietary algorithms that are intended to generate timely buy and sell signals by analyzing the drivers of price movement. The fund seeks to capture alpha over multiple time frames and recently completed its four year track record.

Mr. Kelleher began his career in financial services as a specialist and market maker on the Boston Stock Exchange for Morgan Stanley.

In addition to his professional experience, Mr. Kelleher serves as a Director on the Board of the CMT Association and as Chairman of the Boston Chapter since 2009. During his tenure, Bill has produced five successful global conferences and articulated the theme behind the portfolio of global events each year for the CMT Association.  Mr. Kelleher is a Chartered Financial Analyst (CFA) and Chartered Market Technician (CMT).

Mr. Kelleher earned B.A. in Political Science from Dartmouth College, where he played four years of Division I hockey. Bill played two years of hockey in the European Elite professional leagues before joining Morgan Stanley in 1997.