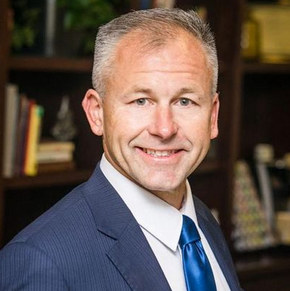 Buff Dormeier serves as the Chief Technical Analyst at Kingsview Investment Partners.  Previously, he was a Managing Director of Investments and a Senior PIM Portfolio Manager at the Dormeier Wealth Management Group of Wells Fargo Advisors.

In 2007, Dormeier’s technical research was awarded the prestigious Charles H. Dow Award. Also an award winning author, Buff authored “Investing with Volume Analysis“. Partnering with Financial Times Press, Pearson Publishing and the Wharton School, this book is the only one to win both Technical Analyst’s Book of the Year (2013) and Trader Planet’s top Book Resource (2012) to date.

Buff’s work has also been featured in a variety of national and international publications and technical journals. Now, with Kingsview Investment Management’s affiliation, Buff’s expertise and proprietary work on technical and volume analysis shall become much more accessible to journalists and other media alike.

As a portfolio manager, Buff was featured in “Technical Analysis and Behavior Finance in Fund Management” – an international book comprised of interviews with 21 PM’s across the world who utilize technical analysis as a portfolio driver. In his new role with Kingsview Investment Management, Buff’s unique performance driven strategies will be now be available to a wide audience of financial advisors and institutional clientele.

Buff has a Bachelor’s Degree of Science (B.S.) in Business and a Bachelor of Applied Science (B.A.Sc.) in Urban and Regional Planning from Indiana State University.