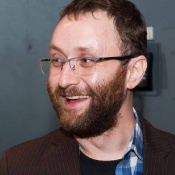 Dan Ushman is the founder and CEO of TrendSpider.  He has been a ‘serial’ tech entrepreneur since 2001, and an avid trader since 2008. Prior to TrendSpider, Dan was CMO at SingleHop, a cloud computing company that he co-founded and helped run until it was acquired in 2018.

SingleHop was all about using software to automate the routine technical grunt work that IT departments spend the majority their time on. One day while trading, he wondered why the same had not been done for traders, given that they do a lot of routine grunt work every day.

Fed up with these inefficiencies—and the substandard results they produced, Dan and partner Rus founded TrendSpider in 2016. They set out to build a new type of charting platform—one that would give you the tools to build better plans while helping to mitigate profit-killing blunders by making analysis more consistent.