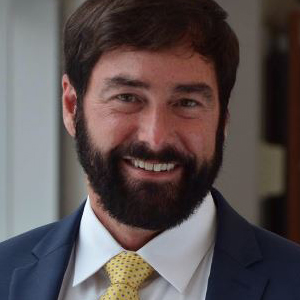 Dr. Greg Filbeck holds the Samuel P. Black III Professor of Finance and Risk Management at Penn State Behrend and serves as Director of the Black School of Business. Before joining the Faculty at Penn State Behrend in 2006, he served as Senior Vice President of Kaplan Schweser from 1999 to 2006 where he was in charge of all content and curriculum. He also held academic appointments at Miami University (Ohio) and the University of Toledo, where he also served as the Associate Director of the Center for Family Business.

Professor Filbeck has authored or edited eleven books and published more than 100 refereed academic journal articles appearing in the Financial Analysts Journal, Financial Review, and Journal of Business, Finance, and Accounting among others. He serves on the editorial board of the Journal of Business and Economic Perspective.

Professor Filbeck conducts consulting and training world-wide for candidates for the Chartered Financial Analyst (CFA), Financial Risk Manager (FRM™), and Chartered Alternative Investment Adviser (CAIA®) designations. He holds all three designations along with the Certificate in Investment Performance Measurement (CIPM) and the Professional Risk Manager (PRM™) designation. He has conducted training for Goldman Sachs and the New York Society of Security Analysts as well as numerous public, online, and video-based programs. He served as President of the CFA Society Pittsburgh from 2014 to 2018 and was the President of the CFA Society Toledo from 1998 to 1999. He was President of the Southern Finance Association from 2015-2016.

Professor Filbeck teaches graduate and undergraduate courses in corporate finance and derivatives. He received The Impact on Practice Award from the Black School of Business in 2015, the outstanding teaching award among iMBA faculty in 2010 and 2012, the Penn State Behrend Regents award for Outstanding Researcher in 2011 and was the 2013 recipient of the Penn State Behrend Outstanding Outreach Award. He has a BS (engineering physics) from Murray State University; a MS in Applied Statistics from Penn State University; and holds a DBA (finance) from the University of Kentucky. Besides his work in finance, Professor Filbeck is a Professionally Registered Parliamentarian, a qualified administrator of the Myers-Briggs Type Indicator and has 12 years of experience in radio broadcasting. He holds leadership roles in numerous community organizations.