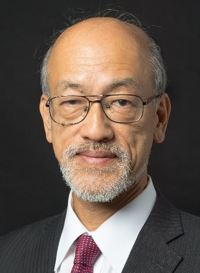 Katsunari Yamaguchi founded Ibbotson Associates Japan, Inc. in 2000, and has served over 15 years as president since then. He has been its chairman since 2016. Prior to his current position, he joined The Long-Term Credit Bank of Japan (LTCB) in 1979. He worked as portfolio manager for LTCB’s asset management subsidiaries from 1986 to 1999.

He teaches behavioral finance and professional ethics at Hitotsubashi University Business School. He is also a visiting lecturer at leading universities in Asset Management Courses co-sponsored by Japan Securities Investment Advisors Association and Investment Trust Association, Japan. He is a member of textbook renewal committee at Security Analysts Society of Japan.

He is a director for Nippon Finance Association and an advisor for Association of Behavioral Economics and Finance. He graduated from Hitotsubashi University in 1979 with BA in social studies and from Yale School of Management in 1986 with MPPM. He earned Ph.D. in Economics at Senshu University in 2008. He holds CFA and CMA.

He authored a book, Risk Premium on the Japanese Economy (2007), and translated two books, Capital Ideas (2006) and Capital Ideas Evolving (2009) both authored by Peter L. Bernstein. In addition, he published many academic and professional articles, including two research papers awarded Security Analysts Journal Prize twice in 1991 and 2005.