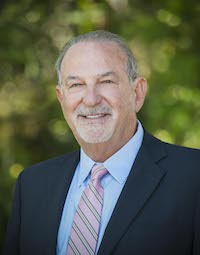 Ned Davis, Senior Investment Strategist, founded Ned Davis Research (NDR), in 1980. Ned has been professionally involved in the stock market for over 50 years. While arguing that forecasting reliably (“Being Right”) is impossibly difficult, he espouses a philosophy that he feels can consistently win (“Make Money”) through a disciplined strategy of following the weight of objective indicator evidence. Because he also believes flexibility (ability to adapt) is crucial, Ned Davis Research Group also produces many sentiment indicators warning investors to be wary at crowd extremes, and helping them to be open-minded about potential trend changes. A self-proclaimed risk manager, Ned dedicates his research to avoiding major mistakes, cutting losses short, and letting profits run.

Ned is the author of Being Right or Making Money and The Triumph of Contrarian Investing. He has been the subject of numerous featured interviews in Barron’s, and has been a featured guest many times on the late Lou Rukeyser’s Wall Street Week. NDR is widely quoted by various media and Wall Street sources.

Davis is a Phi Beta Kappa graduate of the University of North Carolina at Chapel Hill. He attended the Harvard Business School.