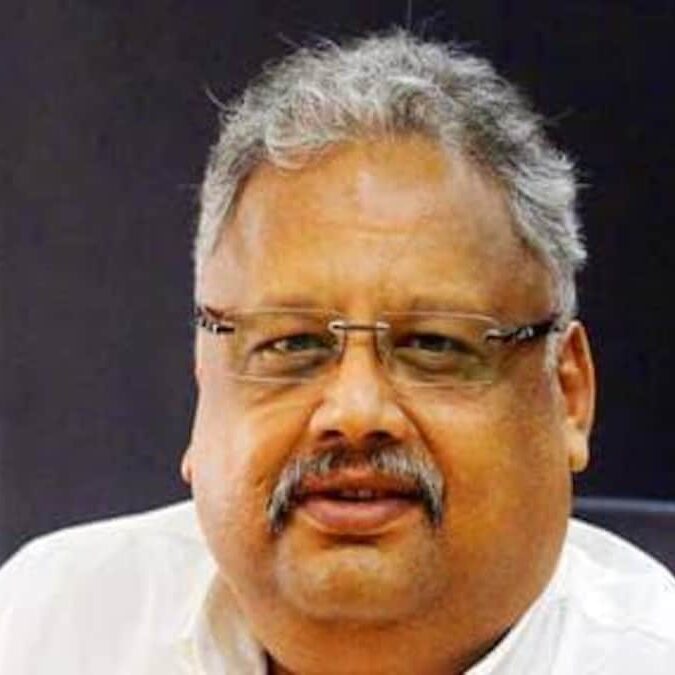 Rakesh Jhunjhunwala is an Indian businessman and investor. A graduate of Sydenham College in 1985, and a Chartered Accountant, Jhunjhunwala now runs a privately-owned stock trading firm called RARE Enterprises. According to Forbes, he is the 48th richest person in India, with net worth of $2.5 billion.

Jhunjhunwala started dabbling with the stock market when he was in college. He enrolled at the Institute of Chartered Accountant of India but after attaining the degree, he decided to plunge headlong into Dalal street. In 1985, Jhunjhunwala invested Rs 5,000 as capital. By September 2018, that capital had matured to Rs 11,000 crore.

Jhunjhunwala first developed an interest in the stock market after listening to his father discuss investing with friends. Quoting his father, Jhunjhunwala said his father told him to read newspapers regularly as it was the news that made stock market fluctuate. He earned his first big profit in 1986 when he bought 5,000 shares of Tata Tea at Rs 43 and the stock rose to Rs 143 within three months. In three years, he has returned 20-25 lakh on his early investments.

Over the years, Jhunjhunwala has successfully invested in Titan, CRISIL,  Sesa Goa, Praj Industries, Aurobindo Pharma and NCC among many others.

He is married to Rekha Jhunjunwala, who is also a stock market investor. An avid philanthropist focused on nutrition and education, he is also a movie buff, and loves street food.