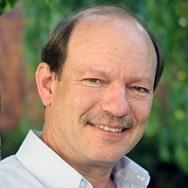 Rick has been a devoted market technician for three decades, launching from technical indicators into the behavioral science behind them and then publishing a book, Far From Random, on the relationship between technical analysis and behavioral finance. He also published two books on Options.

Rick holds a BS in Management Engineering from Rensselaer Polytechnic Institute in Troy, New York, and an MBA in Finance from the State University of New York at Albany.