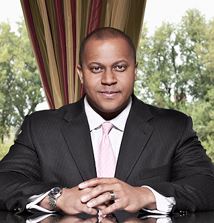 Ryan Bailey is a Managing Partner at Pacenote Capital where he oversees fund sourcing and research efforts. Pacenote Capital is focused on partnering with preeminent emerging investment managers.

Previously, Ryan functioned as the Head of Investments at Children’s Health System of Texas, managing the investment strategy of $1.8 billion in assets for the Hospital’s pension, foundation, operating cash, and long term pools. As the Hospital’s inaugural investment officer, Ryan established the department, designing and implementing the systems, processes, and governance structures required in the formation of a top tier endowment office.

Prior to Children’s Health, Ryan served as Investment Officer and Interim CIO of the Meadows Foundation. In this capacity, he drove the due diligence process, aided the development of strategic asset allocation, and constructed and implemented investment strategy to achieve competitive performance.

Ryan graduated from Yale University with a Bachelor of Arts degree in Economics. He holds a number of certifications including: Chartered Financial Analyst (CFA), Financial Risk Manager (FRM), Chartered Alternative Investment Analyst designation (CAIA), and Chartered Market Technician (CMT) designations. In 2000, he founded a trading company located on the 83rd floor of World Trade Center One and later, after surviving the events on 9/11, relocated to Dallas, Texas. Ryan was featured in the June 2011 issue of D magazine, was named one of the 40 under 40 in the April 2015 edition of Asset International–Chief Investment Officer Magazine (aiCIO), was also a finalist for the aiCIO’s 2015 Next Generation Award and received the Institutional Investor 2016 Investor Intelligence Award recognizing Healthcare Institutions for Portfolio Construction. He was a finalist for CIO Magazine’s Industry Innovation Award for Healthcare 2017 and the 2018 winner of Institutional Investor’s Healthcare System of the Year Award. Ryan currently serves as a Director on the board of Blue Dolphin Energy (BDCO), Board Member for the Texas Hedge Fund and is an Angel for the Texas Wall Street Women.