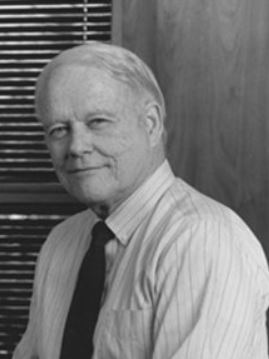 Mr. O’Neil began his career as a stockbroker with Hayden, Stone & Company. His fascination with the securities market led him to develop his own computerized study of what made stocks successful. From his research, Mr. O’Neil pioneered and developed the use of historical precedent to analyze equities in tandem with fundamental and technical analysis. Drawing from these discoveries, he created his own investment discipline, the O’Neil Methodology (OM), focusing on the trends and patterns of stocks as they became top performers or underachievers; he later branched out on his own and founded William O’Neil + Co, incorporated in 1963.

In 1984, Mr. O’Neil designed and launched Investor’s Daily (later renamed Investor’s Business Daily®), the first national business newspaper to compete successfully with The Wall Street Journal. Mr. O’Neil used his years of experience in economic and business research and his massive historical database to fill a daily information gap that existed for the individual investor.

In addition to being a successful entrepreneur, Mr. O’Neil is a successful writer, authoring several best-selling books on investing in the stock market. Mr. O’Neil’s book How To Make Money In Stocks: A Winning System In Good Times Or Bad, published by McGraw-Hill, is in its fourth revised edition and was the best-selling investment book of 1988. It has sold more than 4 million copies worldwide. Mr. O’Neil also wrote the bestseller 24 Essential Lessons for Investment Success and The Successful Investor, authored in 2004. In 2005, he wrote the foreword for Edward Leferve’s popular Reminiscences of a Stock Operator Illustrated Edition.