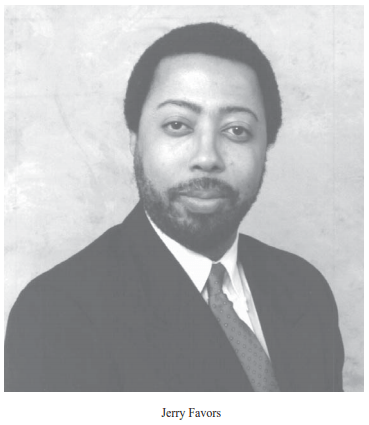 A well-known and highly-respected figure in the market-timing community, Jerry Favors worked professionally in the financial world since 1976, when he left Ohio State University two months before graduation to accept his first job in the brokerage business. He published his own market newsletter, The Jerry Favors Analysis, since August 1985. During that time he built a reputation for integrity, thorough research, and unhedged forecasts.

To make his equity market predictions, Jerry utilized the techniques of past stock market gurus George Lindsay, Edson Gould, and Donald Bradley; the methods of W.D. Gann, and the Elliott Wave Principle. In addition, his interest and studies in psychology enabled him to gauge the emotional forces at work on the market. Jerry used the most rigorous analysis to arrive at his results, but presented his logic in clear, understandable terms. In addition to the newsletter which is published once monthly, a regularly-updated hotline provides subscribers with short-term advice.

Before founding The Jerry Favors Analysis, Jerry worked as a stockbroker for several companies, including Merrill Lynch and Dean Witter. During the late 1980s and early 1990s he offered his expert commentary as a regular guest on the Financial News Network (FNN), several national business radio programs, and through articles written for numerous technical periodicals. His forecasts have appeared in The Wall Street Journal, Barron’s, USA Today and weekly on CNBC’s Street Signs with Ron Insana.

Known in the U.S. technical analysis community as a market historian, Jerry held seminars in New York, Chicago, Los Angeles, and London teaching the works of the great financial masters.