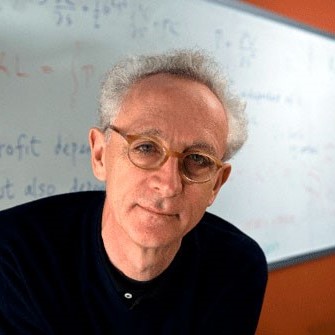 Emanuel Derman, Ph.D. is a professor at Columbia University, where he directs the university’s program in financial engineering. His latest book is The Volatility Smile, a textbook on modern options theory. He is also the author of Models.Behaving.Badly: Why Confusing Illusion with Reality Can Lead to Disasters, On Wall Street and in Life, which was one of Business Week’s top ten books of 2011, also published in German by Hoffman und Campe. His previous book, My Life As A Quant, was also one of Business Week’s top ten of 2004, in which he introduced the quant world to a very wide audience. At the 2019 Annual Symposium, he will present a historical perspective on the applications of quantitative finance and the evolution of the discipline during the last century.

The evolution of a quantitative approach to finance has proceeded through many small but significant steps and occasional large epiphanies. His talk will outline how, over the past 70 years, financial models have quantified the notion of derivatives, diffusion, risk, volatility, the riskless rate, diversification, hedging, replication, and the principle of no riskless arbitrage, and explores their consequences.

Derman was born in South Africa, but has lived most of his professional life in Manhattan, where he has made contributions to several fields. He started out as a theoretical physicist, doing research on unified theories of elementary particle interactions. At AT&T Bell Laboratories in the 1980s he developed programming languages for business modeling. From 1985 to 2002 he worked on Wall Street, running quantitative strategies research groups in fixed income, equities and risk management, and was appointed a managing director at Goldman Sachs & Co. in 1997. The financial models he developed there, the Black-Derman-Toy interest rate model and the Derman-Kani local volatility model, have become widely used industry standards.

In his 1996 article “Model Risk,” Derman pointed out the dangers that inevitably accompany the use of models, a theme he developed in My Life as a Quant. Among his awards and honors, he was named the SunGard/IAFE Financial Engineer of the Year in 2000. He has a PhD in theoretical physics from Columbia University and is the author of numerous articles in elementary particle physics, computer science, and finance.